Now here is an interesting recipe, Dill Pickle Soup! I understand that the first reaction for most people is that of disgust, but I assure you it is quite delicious!

I was intrigued to try this recipe after Vince and Cathy Orr came back from their trip to Fairmont and told me of the Dill Pickle Soup they had tried at Hoodoo Lounge & Grill. At first I tried to find the same recipe used at the restaurant but had no luck, so I tried this one and crossed my fingers that it was the same.

Of course, after I had finished cooking the soup and brought it over to the Orr residence to be taste tested, I ended up finding the actual recipe used at Hoodoo, which is much simpler and I will definitely be trying some time. After the taste testing, it was determined this recipe was tangier and less creamy, but still delicious. In fact Cathy Orr said she may quite possibly prefer this recipe over the Hoodoo version! Just looking at the difference in the recipes, this one would certainly be much less rich and probably a little bit easier on the waistline (without the use of all that heavy cream!).

After cooking this soup, I think I would cut the amount of butter (or margarine in my case) in half, as a lot of it rose to the top after cooking and I scooped quite a bit out of the soup. A vegetable broth may also be a nice alternative to the chicken and add a different flavour.

This was before I removed a lot of excess butter. Not so pretty right? 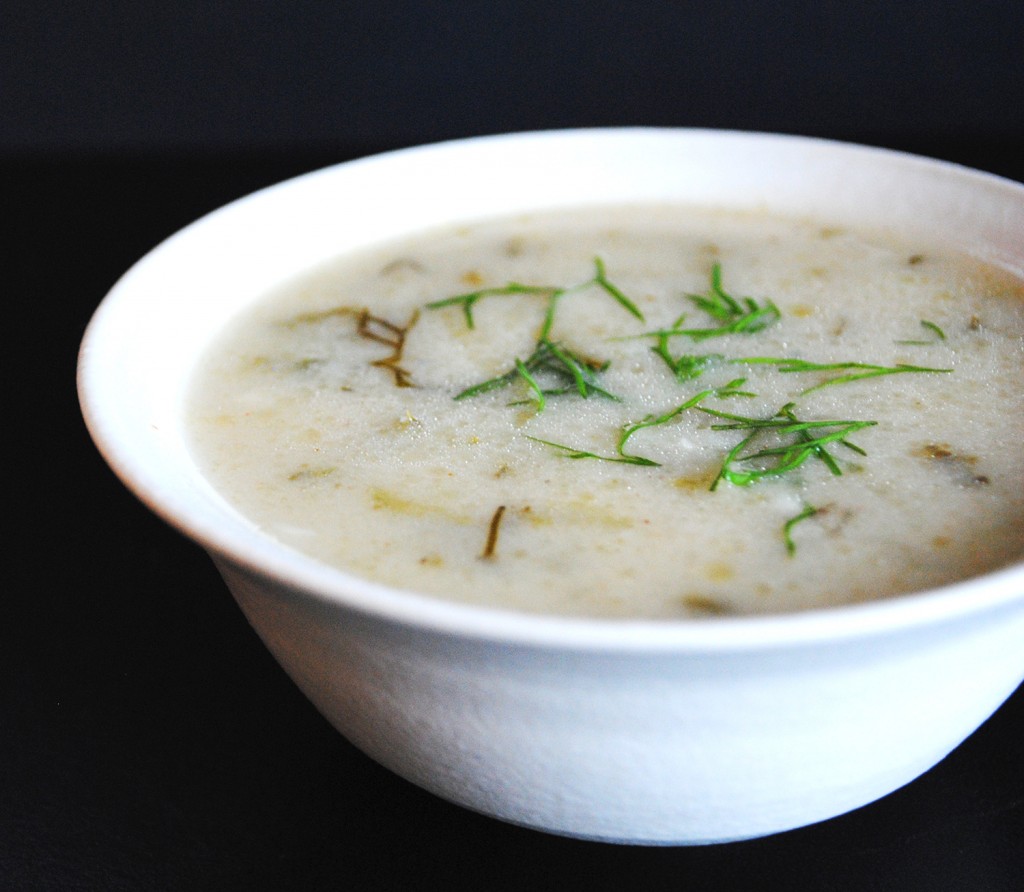 In the end it was a very unique and delicious soup and I definitely recommend trying it out for yourself!