After watching Hell’s Kitchen for the first time years ago and hearing Chef Ramsay yell several profanities about a contestant’s Risotto, I knew one day I would find myself trying to cook up some Risotto while envisioning the one and only Gordon Ramsay screaming at me! Oh what an honour that would be! So FINALLY, several years later I discovered a box of Arborio rice in my pantry and knew that my time had come…

Well needless to say I wasn’t going to just wing it with this recipe. So off I went to the interwebs to learn how to cook eggplant and find a recipe that combined risotto and eggplant.

How to Cook Eggplant

Here are some errors I made. After salting the eggplant and letting it purge its bitter juices, I should have washed it better because it was still quite salty after cooking it. As far as the risotto went, I think it turned out well. I ended up adding more chicken broth than what the recipe called for. I just kept adding until the risotto got to a consistency that I thought tasted good. 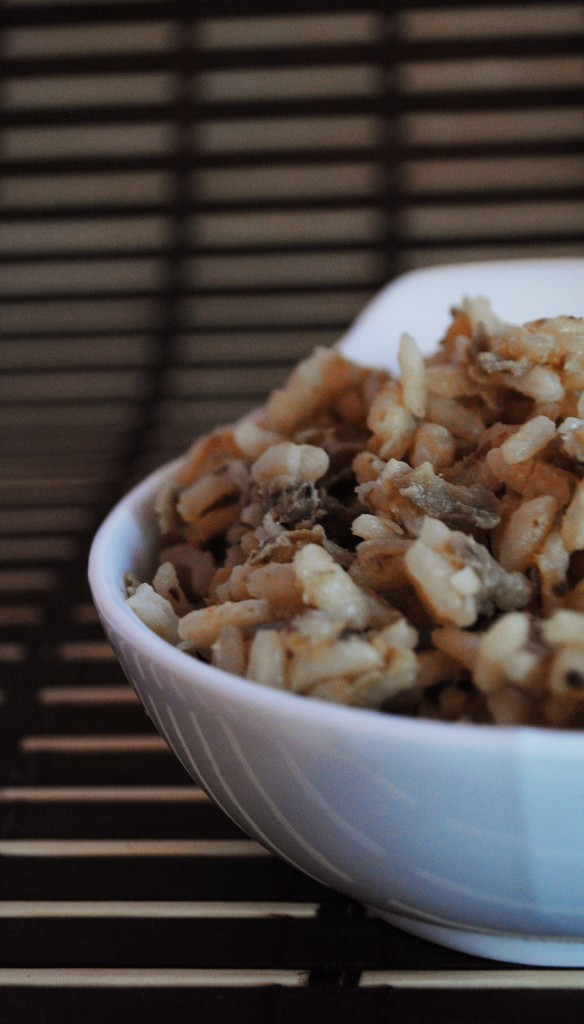 When adding the eggplant into the risotto, I pureed it in a food processor while adding whole milk until it reached a nice creamy consistency and then poured it into the risotto. This addition to the risotto definitely helped make it creamier and added a really nice flavour to it (minus the fact that there was just a little too much salt for my liking).

My final mistake was finishing everything around 8 o’clock and I guess the sun didn’t feel like waiting for my risotto to cook, so my poor food photos suffered greatly since I have no form of artificial lighting set-up.

Now for my guilty admission; I put the leftover risotto in my fridge, re-plated it the next day and took the pictures with some better lighting. Shhhh. Leftover risotto…Chef Ramsay would kill me!

Well, thanks for joining me on my adventures with Eggplant and Risotto, it was a wonderful experience and I am really looking forward to cooking risotto once again!